We're so excited you stopped by. Make yourself at home, click around, and spend some time getting to know us! The most common question we get is: "What is Orthodox Christianity?" That's a huge question, so we'll save you some time and give you the express version!

Evangelical, but not Protestant. Orthodox, but not Jewish. Catholic, but not Roman. Pre-denominational. Has been believed, taught, preserved, defended, and died for. It is the Faith that has established the Universe. Proclaiming the Truth since 33 A.D.

Our hope and prayer is for you to come and encounter Christ in a real way through our worship; a wholesome worship that elevates us to heaven. Take the leap - Come and See! We, and most especially Christ, is ready to meet you and welcome you with open arms!

Making the Most Out of Lent

Above is an EXCELLENT presentation by Father David Mastroberte of Saint John the Baptist (ACROD) in Hermitage, PA about Great Lent. We hope you find this presentation spiritually edifying and intellectually rewarding! FATHER JOHN WILL SPEAK ON "LIVING THE GOSPEL."

Accompanying Father John will be the Miracle working icon of Saint Anna, the grandmother of our Lord.

9:00 AM - Divine Liturgy, followed by a light breakfast & Second Session

TICKETS ARE $10 (Tickets are sold at the door!) Great Lent: A Time of Preparation

The Great Fast or Lent is the period of preparation leading up to Holy Week and Pascha. The Lenten Triodion governs the divine services of Great Lent as well as those of the Weeks of Preparation preceding Great Lent. Lent is a Middle English word meaning "spring." The Great Fast has come to be called Lent by association; it is called "great" to distinguish it from the other fasts.

Observance of Great Lent is characterized by abstention from many foods, intensified private and public prayer, personal improvement, and almsgiving. The foods traditionally abstained from are meat and dairy products, fish, wine and oil. (According to some traditions, only olive oil is abstained from; in others, all vegetable oils.) Since strict fasting is canonically forbidden on the Sabbath and the Lord's Day, wine and oil are permitted on Saturdays and Sundays. If the Feast of the Annunciation falls during Great Lent, then fish, wine and oil are permitted on that day.

Besides the additional liturgical celebrations described below, Orthodox Christians are expected to pay closer attention to their private prayers and to say more of them more often. The Fathers have referred to fasting without prayer as "the fast of the demons" since the demons do not eat according to their incorporeal nature, but neither do they pray.

During the weekdays of Great Lent, there is a liturgical fast when the eucharistic Divine Liturgy is not celebrated. However, since it is considered especially important to receive the Holy Mysteries during this season the Liturgy of the Presanctified Gifts, also called the Liturgy of St. Gregory the Dialogist, may be celebrated on Wednesdays and Fridays. At this vesperal service some of the Body and Blood of Christ reserved the previous Sunday is distributed. On Saturday and Sunday the Divine Liturgy may be celebrated as usual, although on Sundays the more solemn Liturgy of St. Basil the Great is used in place of that of St. John Chrysostom.

Like the observation of Lent in the West, Great Lent itself lasts for forty days, but unlike the West, Sundays are included in the count. It officially begins on Monday seven weeks before Pascha and concludes on the eve of Lazarus Saturday, the day before Palm Sunday. However, fasting continues for the following week, known as Passion Week, Great Week or Holy Week, up until Pascha.

The original purpose of the pre-Pascha fast (now known as Great Lent) was the fasting of catechumens who were being prepared for baptism and entry into the Church. However, it quickly became a time for those who were already Christian to prepare for the feast of the Resurrection of Christ. It is the living symbol of man's entire life which is to be fulfilled in his own resurrection from the dead with Christ. It is a time of renewed devotion: of prayer, fasting, and almsgiving. It is a time of repentance, a real renewal of minds, hearts and deeds in conformity with Christ and his teachings. It is the time, most of all, of return to the great commandments of loving God and neighbors. 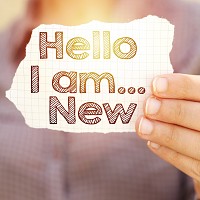 New Here?
New Here? No problem! Our home is your home. Click below to learn a little about who we are, what we stand for, and why you belong. Daily Readings
Here you'll find daily scripture readings, the lives of the saints, and much more. Schedule
From worship, to bible study, to special events and festivals. This is where you'll find everything you need to know about what's going on, and when. Prayer Corner
Click here to view our up to date prayer lists. You may also submit names for our clergy and parish community to pray for. Youth & Teen
Find out what's happening with our youth group, when they meet and how you can get involved. Bookstore
Saint John's Bookstore & Gift Shop features a wide variety of handmade religious goods from all over the world, an incredible collection of Christian books, home goods, and more. Join us for Season 2 of Fr Brian's class on the Divine Liturgy, in our social hall at 6:30pm. Come and learn how the Divine Liturgy came to be; its origin, history and development over the centuries. This class is open to everyone - so don't be shy! We can't wait to see you! Saint John's Orthodox Church is proud to host Silent Hope every Wednesday evening at 5:00pm for Alcoholics Anonymous meetings. This meeting will be a weekly rotating format with a lead at the end of each month. There will be coffee, snacks and a 50/50 raffle each week. Come and join us for some fellowship and recovery! Contacts: Angela C. (330) 314-3805 and Crystal J. (330) 442-8361. We look forward to seeing you! Having completed the Iconography class, the series is now posted on our YouTube page! We thank Father Brian for sharing his knowledge and wisdom about holy icons. Click below to watch the videos and learn what icons mean, why they exist, what they're used for, and the development of iconography over the centuries. In these classes, Father Brian will teach you how to interpret icons through a biblical and historical lens. CLICK HERE to view the archived playlist! Enjoy!

Q. Does a person have to be Greek, or Russian, or from some other European heritage to be an Orthodox Christian?
A. Most emphatically NO! The various Orthodox churches in the United States welcome anyone for worship and to consider membership. At the present time, the Orthodox churches in the West are experiencing significant growth from Protestants and Roman Catholics interested in our worship and doctrines. The Orthodox Church is Christ’s Church and is therefore open to everyone.

Q. What is the language used during Sunday worship?
A. All of our services will be 100% in English, with the exception of a few services where a common hymn might be sung in many languages (Russian,  Greek, Romanian, Arabic). These specific hymns are festal and account for .05% less English than usual.

Q. Is your Church family friendly?
A. Yes! Absolutely! In our Church families worship together in the same space. We are used to hearing the rustle and bustle of our little ones. However, if our little ones get out of hand (as they sometimes do) we ask that you please step out with your child until. him or her calms down, and as not. to distract fellow worshippers.

Q. Can I receive Holy Communion?
A. Sadly, no, as the Christian Church is tragically divided and does not yet share the same One, Holy, Catholic, and Apostolic Faith in Christ. Receiving Holy Communion is the paramount sign of the Oneness of the Faith, which is not a reality at present. Please pray for the unity of all Christians in both faith and love. We encourage our non-Orthodox visitors to get in the communion line in order to receive a blessing from the priest, and to partake of our post-communion bread and wine, known as "Antidoron," which means, "Instead of the gift." The gift being, the Eucharist.

The Mission of the Orthodox Church in America, the local autocephalous Orthodox Church, is to be faithful in fulfilling the commandment of Christ to “Go into all the world and make disciples of all Nations, baptizing them in the name of the Father, and of the Son and of the Holy Spirit, teaching the... Diocese of the Midwest

The Diocese of the Midwest is administered from the Diocesan Center located in Chicago, Illinois. We are a diocese of the Orthodox Church in America under the Omophorion of His Grace, the Right Reverend Daniel. Here you'll find more information about our more immediate leadership, structure and dioc... Assembly of Bishops in the USA OCF transforms the lives of college students by guiding them along the path to Jesus Christ through His Church, cultivating a campus community of worship, witness, service, fellowship, and education....

Virgin Mother of God, hail Mary full of grace, the Lord is with you. Blessed are you among women, and blessed is the fruit of your womb, for you have given birth to the Savior of our souls. Baptist of Christ, remember us all, that we may be delivered from our transgressions: for you have been given grace to intercede for us. Pray for us, holy Apostles and all you Saints, that we may be delivered from dangers and afflictions: for in you we have gained fervent advocates with the Saviour. O Lord and Master of my life, take from me the spirit of sloth, despair, lust of power, and idle talk. But give rather the spirit of chastity, humility, patience, and love to Thy servant. We take refuge beneath your compassion, Mother of God: do not despise our petitions in trouble: but rescue us from dangers, only pure, only blessed one. Most Holy Theotokos, save us! Yea, O Lord and King, grant me to see my own sins, and not to judge my brother, for blessed art Thou, unto the ages. Amen. Click below to visit the websites of our sister Orthodox Christian Churches in Warren, Ohio. We've also included links to our beloved Orthodox Monasteries, located in Ellwood City, PA and Hiram, OH.

Due to Covid-19 restrictions, please contact the parish/monastery administrators to inquire about visiting.