What Is the Orthodox Church?

Almost two thousand years ago, Jesus Christ, the Son of God, came to earth and founded the Church, through His Apostles and disciples, for the salvation of man. In the years which followed, the Apostles spread the Church and its teachings far; they founded many churches, all united in faith, worship, and the partaking of the Mysteries (or as they are called in the West, the Sacraments) of the Holy Church.

Each of these churches is independent in administration, but, with the exception of the Church of Rome, which finally separated from the others in the year 1054, all are united in faith, doctrine, Apostolic tradition, sacraments, liturgies, and services. Together they constitute and call themselves the Orthodox Church.

The teachings of the Church are derived from two sources: Holy Scripture, and Sacred Tradition, within which the Scriptures came to be, and within which they are interpreted. As written in the Gospel of St. John, "And there are also many other things which Jesus did, the which, if they should be written every one, I suppose that even the world could not contain the books that should be written" (John 21:20). Much teaching transmitted orally by the Apostles has come down to us in Sacred Tradition.

The word Orthodox literally means right teaching or right worship, being derived from two Greek words: orthos (right) and doxa (teaching or worship). As the enroachments of false teaching and division multiplied in early Chrstian times, threatening to obscure the identity and purity of the Church, the term Orthodox quite logically came to be applied to it. The Orthodox Church carefully guards the truth against all error and schism both to protect its flock and to glorify Christ whose body the Church is.

An astonishing number of religious groups today claim to be the successors of the early Church. A yardstick for truth is needed by which to compare what the Church originally believed and practiced with what these groups proclaim. Certainly we all have the right to believe whatever we choose. But it is also just good sense to be acquainted with the options before we make our final choices.

It is our hope that this outline of our beliefs will help introduce you to the Christianity espoused and instituted by the Apostles of Jesus Christ. This is the yardstick of truth by which our choices in Christianity need to be measured. Click below to access the outline. 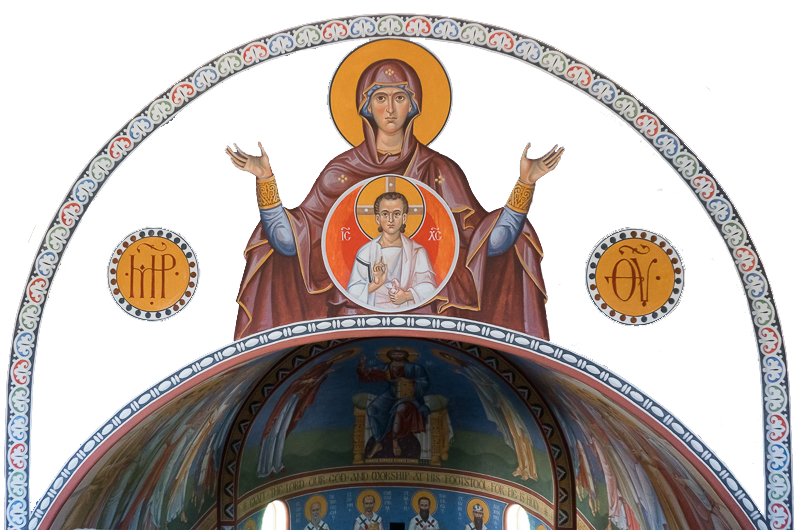 The Liturgy of the Presanctified Gifts

The Date of Pascha

Theosis, the Heart of Christianity

Confession - The Plea for Healing

Adorning the Church with Iconography

From Darkness to Light (Explanation of the Baptismal Service)

SIN: What it is, how it works, and how it is overcome

The Relation of Church and State

Welcome to the Orthodox Church

Feasts of the Church

Sacraments of the Church

The Church Building and Its Servers